Today was so weird, ya’ll.  I was traveling for work and just wasn’t in the mood.  I’d been driving in the middle of nowhere for hours with no cell phone service and limited radio options.  Just when I decided to just go home and give up on today, I saw a sign: Americus 10 miles.  The town that I practically grew up in.  The town where my grandparents used to live.  Just ten little miles?  I had to go drive by the old house.

I hadn’t been in this town in two years.  The last time I was here, I was attending my GrandBetty’s funeral.  The time before that, I was at her estate sale claiming her piano and crying as I watched strangers barter for my grandparents’ things.  Their treasures.  Their memories.  One lady argued about the price of light fixtures that my papa had installed.  I didn’t really want to come back.  I know that’s awful to say.  I’d never been back to my grandparents’ grave because it just hurts.  I remember them all the time alive and I don’t like to think about their deaths. I heard through the grapevine that a nice family had purchased their home and had renovated it, so I just HAD to drive by.  It looked the same, but nicer.  Her garden isn’t there anymore.  It was a lot of upkeep.  The lawn was clean and the front porch looked welcoming.  On a whim, I wrote the owners a note and taped it to their wall mail box with the only adhesive I had-a Ninja Turtle Bandaid.  Is that creepy?

There was a truck in the drive way, but I really didn’t want to just show up at someone’s house unannounced.  For one thing, I didn’t want to start crying while trying to explain who I was and why I was there, but I also didn’t want them to tell me “No, go away.” to my face.  After my weird morning, I just couldn’t deal with that in an adulty-type way.  So, I taped the note up and darted away awkwardly.

I decided to go to Monroe’s for the best hot dog in town before heading home.  The service was SO AWKWARD AND WEIRD-like my whole day so far-but the slaw dawg was delicious.  Totally worth the girl at the register staring at me with empty eyes. 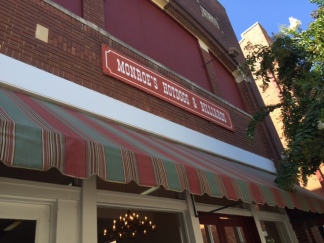 On my way to Monroe’s, I just happened to walk by a flower shop.  DUH BECCA YOU WEIRD DUMMY!  BUY SOME FLOWERS AND GO VISIT YOUR GRANDPARENTS YOU SELFISH IDIOT.

I really don’t know why I didn’t think to go visit my grandparents while I was in town.  I guess it’s because their house gives me happy memories, and their graves give me sad ones, but GEEZ LOUISE that doesn’t mean I shouldn’t bring my grandparents some daggum flowers and make sure no one has dug up their graves or something.  WEIRDO.  I took the flower shop as a sign (a literal one) and went in.  The nice lady there let me go into the cooler with her and pick out my own flowers.  I didn’t really want an arrangement in a vase since I wouldn’t be back for a while.  I picked many different ones knowing that my GrandBetty would love that I made my own bouquet for her.  She was a gardener.  Off to the cemetery I went.

For those of you who don’t know, I am directionally challenged.  While my GPS took me to the cemetery, Siri had no idea where my grandparents were buried-and neither did I.  Shouldn’t there be like a big map out there somewhere?!  I called Mom.  Where are Grandbetty and Papa?  She tried to explain.  “Call Grandmom”, she said.  Of course, Grandmom was able to tell me exactly which direction to walk in because she remembers the strangest things.  So, I’m walking around, talking to my Grandmom when suddenly, I find my GREAT GRANDMOTHER.  WHO I HAD NO IDEA WAS EVEN HERE! 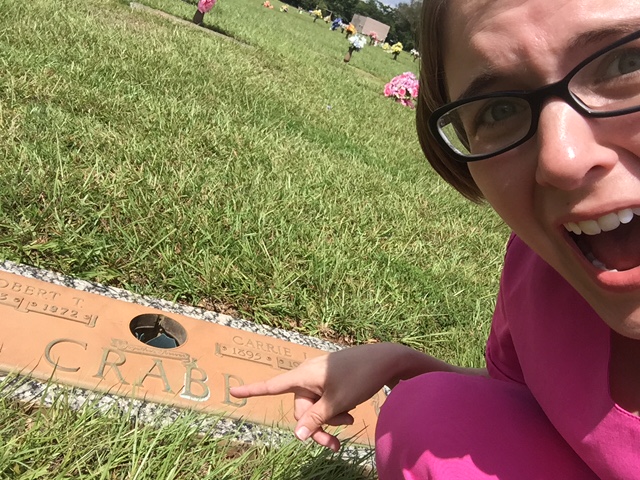 It was like I was supposed to be meeting Mom at the mall, but instead I ran into Grandmom and she forgot to tell me she was coming too, except it was a cemetery and everyone was dead.  I was literally in the cemetery yelling, “HEY MEMA!  I DIDN’T KNOW YOU WERE HERE?!  I WOULD HAVE BROUGHT YOU YOUR OWN BOUQUET!”  It was so weird.  #themealert

So, I finally found my Grandbetty and Papa.  I sat down and had a good chat.  Told them about my weird day, and how much I missed them.  Told them other things that would bore a brick wall, but they seemed totally interested. 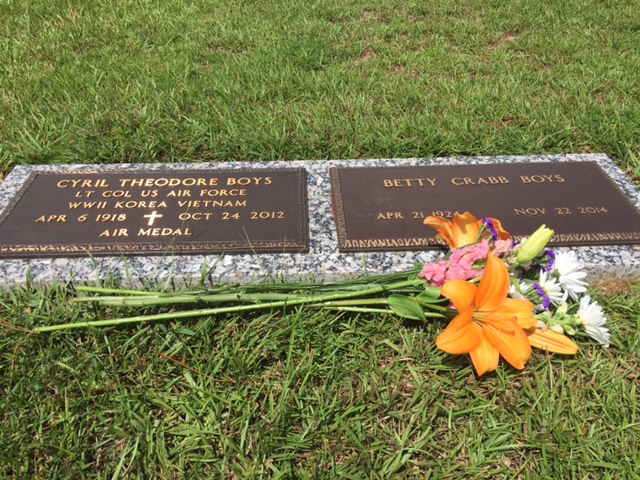 I dispersed the bouquet to my great grandmother and my Grandbetty’s baby sister, Francis, who died at only 3 years old. 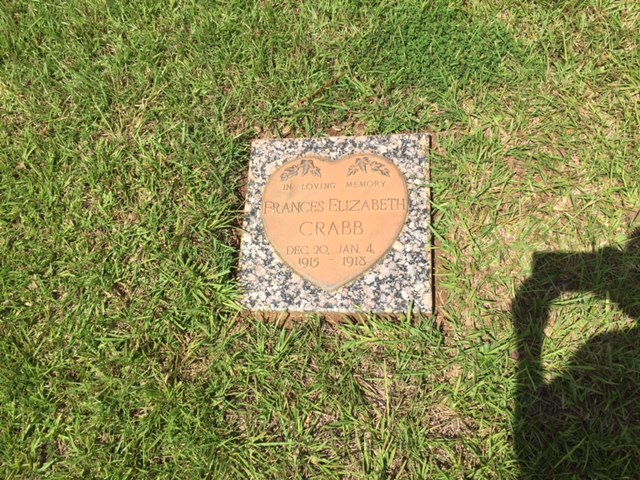 I thought about how hard that must have been for my mema.  I noticed Francis’ middle name was Elizabeth and thought maybe GrandBetty (who was born later) was named in Francis’ memory.  I always thought it was weird that Betty’s name wasn’t Elizabeth, but this makes sense.

Thinking of how close in age Francis was to my own child made me want to go home to him.  On the way, I got a text from the owner of my grandparents’ old house.  She invited me and my family to visit.  I think I’ll take that opportunity to finally write about my GrandBetty before Alzheimer’s.  I am so excited to see it, and even more excited that someone nice enough to let me see it owns it.  That house needs another wonderful family to make new memories inside.

When I got Jack tonight, I took him to eat his favorite meal: RICE! and now we are staying up much later than we should watching Bubble Guppies because tomorrow, today will be a memory.